Our curator recently had his drive resurfaced. After 60 years of use the surface was worn, large puddles formed in places and then filled with mud. Weeds took hold and they added to the surface damage. It was time for a fresh start.

And slap bang in the middle of the old  drive a soakaway had obviously been dug and this was topped off with a drain cover. Curator, Roger, had been saying for years that when, eventually, the drive was resurfaced, this drain could become a museum exhibit.

The reason? It has the name Hopkins, Lavington cast into it. 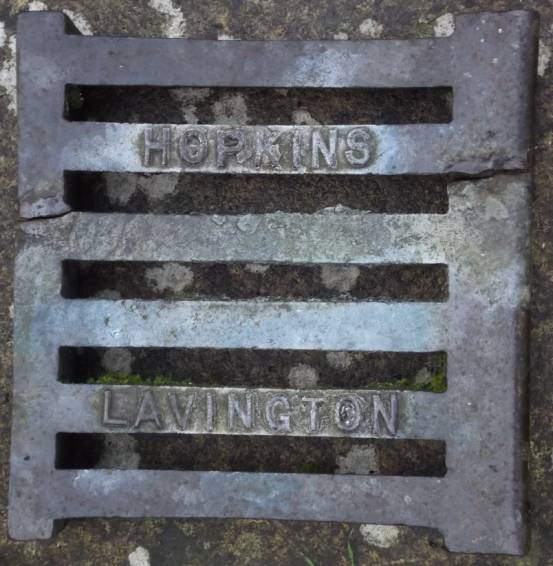 Hopkins of Lavington drain cover, recently removed from a Market Lavington drive and now to be found at the museum in the village

The drain is not in good order. In fact it is in two pieces – as it has been for more than 35 years, since Roger moved into the house. It shows clear evidence of an attempt to weld it back together. Broken, it may be, but Roger has been driving his car over it ever since he moved to the house. The two pieces have real strength.

Hopkins were, of course, Market Lavington builders and builders merchants. They had a number of buildings serving various purposes along Church Street.

This Edwardian picture shows their premises at 21 Church Street, next to The New Inn which is now The Drummer Boy. We can see some of their wares on sale outside what was then a shop. 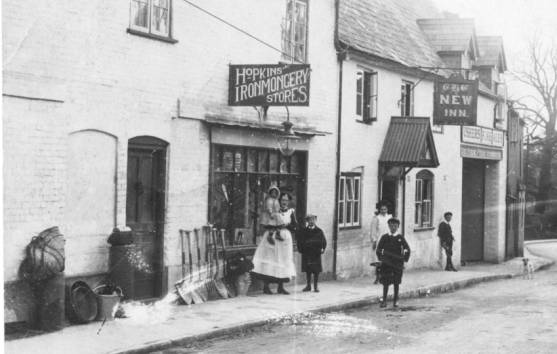 If anybody recognises the people, then of course, we’d love to hear from them.

As far as we know, the drain cover was not actually made by Hopkins. There have been iron foundries in Market Lavington and, conceivably, the Box family might have cast this drain at their foundry at the brick works.

We know of two of these drain covers in one-piece condition. One is on Parsonage Lane, near the side of the Post Office. This one is in West Lavington. 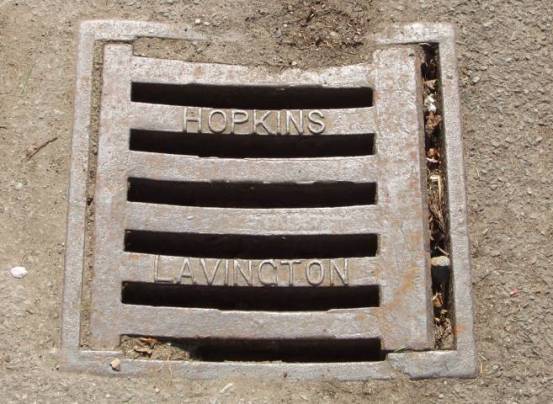 A good condition version of the drain in West Lavington