The Andover and Radstock Railway

Just how different would Market Lavington had been if this proposed railway line had actually been built? Probably it would have transformed the place which was at the end of its life as a market town to rival Devizes when the line was proposed.

We do not know the precise route the line might have taken, but some evidence has emerged in the shape of an auction sale document for land at Fiddington. 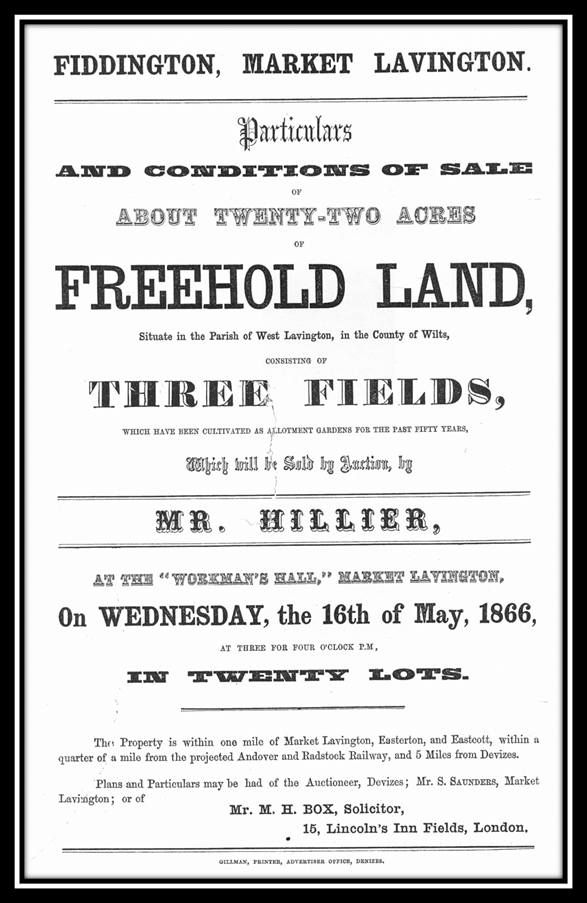 The sale was of land in Fiddington and the auction was to be held at the Workman’s Hall on Wednesday 16th May 1866. And the plots are advertised as being within a quarter of a mile of the proposed railway.

We believe the line might have passed more or less along The Clays – right in the heart of Market Lavington.

We do know that James Neate upped sticks and brought his wine, spirit and brewing business to Market Lavington believing this railway would bring much prosperity to the area. He survived financially (just) without the railway.

Rails eventually reached the parish in 1900. The local station was nearly two miles away from the village centre. Had that Andover to Radstock line been built there would have been a village centre station.