The cost of an ambulance

In 1942 Ronald Hussey took ill – seriously ill. His parents and, possibly, a doctor decided he needed the hospital and an ambulance to get him there.

But of course, in 1942 this presented a problem. There was no National Health Service. Doctors, treatment and even ambulances had to be paid for. Many were commercially run, hoping to make profits for owners. Even the charitable services required cash to keep going.

The Husseys used the Devizes Borough Ambulance which we think was charitable but still had to charge. And here is the bill the Husseys received. 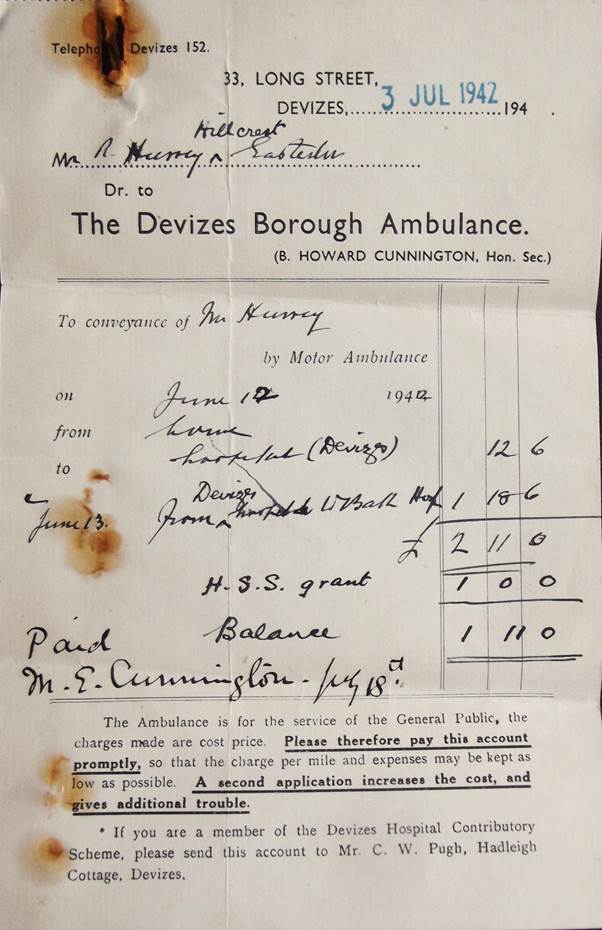 An ambulance bill from 1942

We can see the cost was £2-11-0. In terms of proportion of income that’s the equivalent of about £320 today. No doubt it hit the family hard, financially. But at least some of it was paid by an HSS grant – and here’s the letter about that. 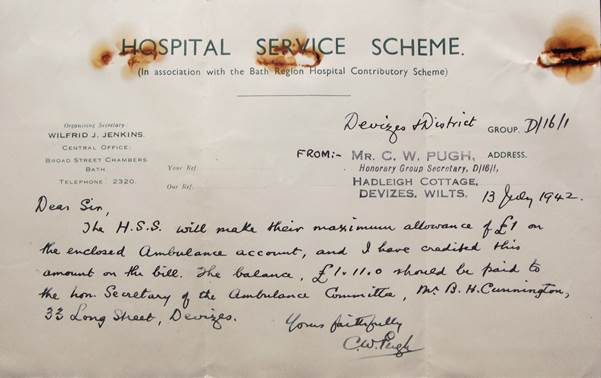 Charitable support paid some of the cost

This is the Hospital Service Scheme – the Husseys must have been contributing members and so they only actually had to pay £1-11-0.

But, in all honesty, who cares about money. Their son, Ronald, had been rushed to hospital. A happy outcome would have been worth any amount of money. But sadly, there wasn’t one. Ronald died – he was just 12 years old.

Present members of the family have a great tranche of letters and cards which were sent from all sorts of people. Maybe, one day, we’ll copy some of them for you to see on this blog.