The door from Mr Walton’s shop

It is now more than five years since we featured a cupboard door from Mr Walton’s shop on this blog. It’s time to take another look at it.

This door is a very plain and dull thing except that over the years staff signed it. Sometimes they did this when they started work and sometimes clearly a decision was made that all the staff signed for a given year.

As a word of warning, the door is not on display at the moment. Last year it spent time in Salisbury library as part of an exhibition there, but we do ration the amount of light that gets to painted items, and other things that could be affected. At the moment, the door is safely wrapped and kept in the dark.

But we can still show photos of it and here it is, leaning against our museum front door in a photo taken in 2009. 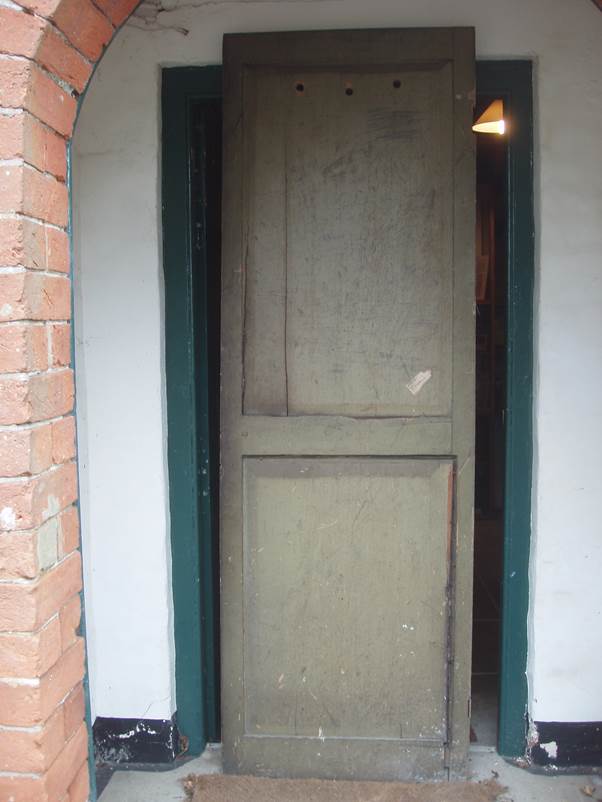 A cupboard door from Mr Walton’s shop in Market Lavington

It really is a dull looking thing until you get in close. So here are just three names highlighted. 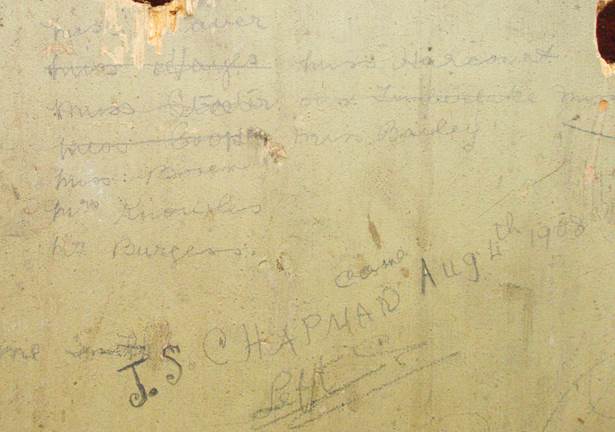 Jasper Stephen Chapman was aged 14 when he started work at Walton’s Store. He was the son of William, a market gardener in the Fiddington Clay area and his wife Ann. William had died when Jasper was very young. In 1901 Jasper had lived with his mother in West Lavington but in 1911 the family were in Market Lavington. 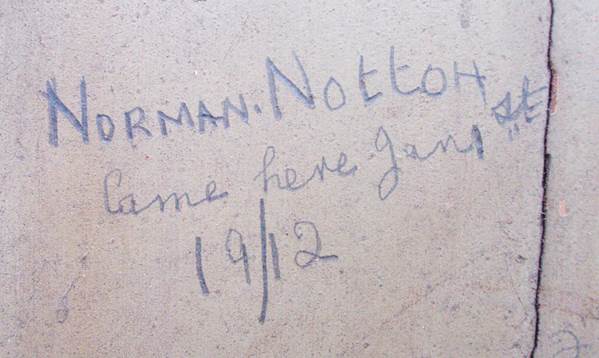 Norman Notton did not have far to go to work, for he lived on High Street, Market Lavington at the bakery store which is now (2009) the village Post office and stores.  His full name was Norman Edgar Sanger Notton and he was born at the end of 1896 so he was just fifteen when he started work. His parents were Edward (a baker) and Helen. Both came from Market Lavington although they married in Fulham in London. 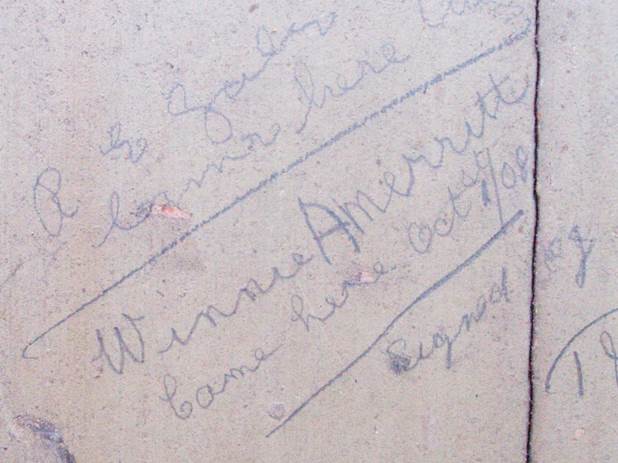 Winifred Annie Merritt was born in 1893 in Devizes. By 1901, her father, John, had set up his cycle business in Church Street, Market Lavington. Winifred started work at Walton’s when she was aged 15.