This was recently bought as a blank greetings card and it shows the Drummer Boy Inn on Church Street in Market Lavington, probably during the 1970s. 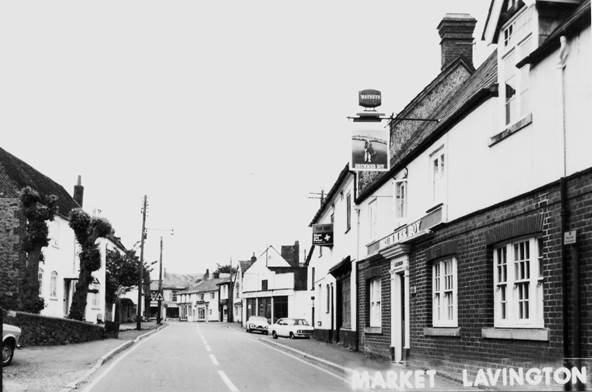 Church Street and the Drummer Boy pub in about 1970

Before describing the picture, we’d like to mention the issue of copyright as we understand it. The paragraph below comes from https://www.gov.uk/government/uploads/system/uploads/attachment_data/file/305165/c-notice-201401.pdf . It is thus a statement of copyright law.

The length of the copyright period will depend on when the image was created. Generally speaking, copyright in images lasts for the life of the creator plus 70 years from the end of the calendar year of their death. That means that images less than 70 years old are still in copyright, and older ones may well be, depending on when the creator died.

The image above is thus in copyright for any photo less than 70 years old, by definition is. In this case we at Market Lavington Museum know that the photographer was Peter Francis. Peter died in 1998 so this photograph is copyrighted to his heirs or assigns until 2068. Peter had no specific descendants but was closely involved with the museum and orally, he assigned copyright to us. We therefore believe this card should not have been published without permission from us.

But let’s now leave that on one side and take a look at the image. It shows Church Street and its poignancy at the moment does concern the Drummer Boy pub which recently closed. We expect it to be converted into housing. This Peter Francis image shows what it looked like and has the sign hanging outside.

This was the sign as taken by our curator in 2014. It is a different sign from the one in the Peter Francis photo. 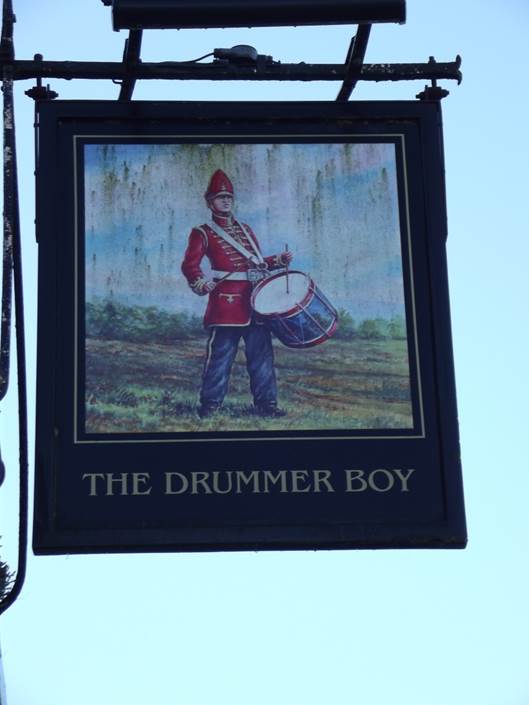 The other change in the photo is that the single storey shop front further up Church Street has gone. It was once Mr Milsom’s garage and had also belonged to the Hopkins family and more recently was held by a company called Sutech. Where it stood is now a part of Milsom Court – a small group of village houses.

Other than that the scene is pretty much unchanged in the last forty years.