Market Lavington appears to have escaped fairly lightly from the storm which swept across the south of England.

People who were up reported that at about 5:15 in the morning truly astonishingly strong winds swept through the village. Keith, who was out delivering newspapers, said he struggled to remain standing and for a while he just grabbed hold of a wall to give him added support. These powerful winds lasted for ten to fifteen minutes. By six in the morning it was very blustery and there were some heavy squalls of rain, but nothing seemed likely to be causing too much of a problem by then.

Of course, we have not been everywhere in the village, but damage does seem small, all things considered.

A tree between the Drove Lane Cemetery and the electricity substation appeared to be horizontal. 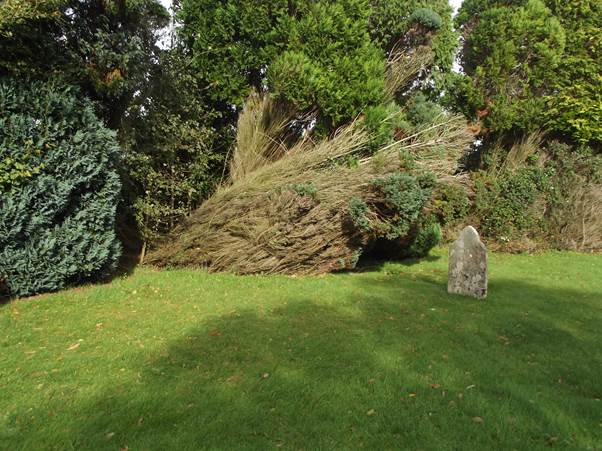 This may have been down beforehand. There’s nothing like looking for problems to enable you to spot them!

However, the high level pavement above Northbrook had suffered a very definite problem. It was blocked but the road below was perfectly clear. 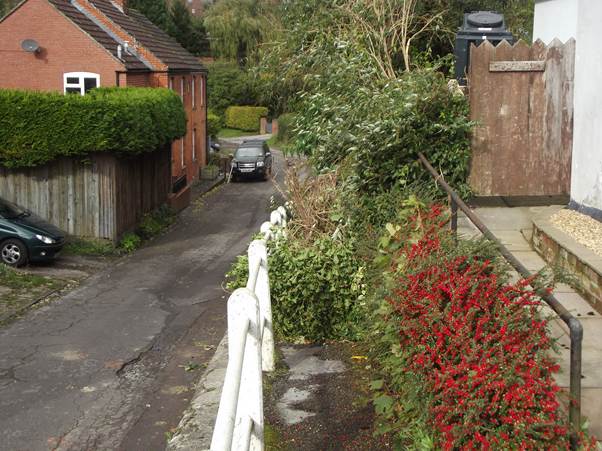 The path wasn’t only blocked by vegetation. A wall had also collapsed onto the pavement. 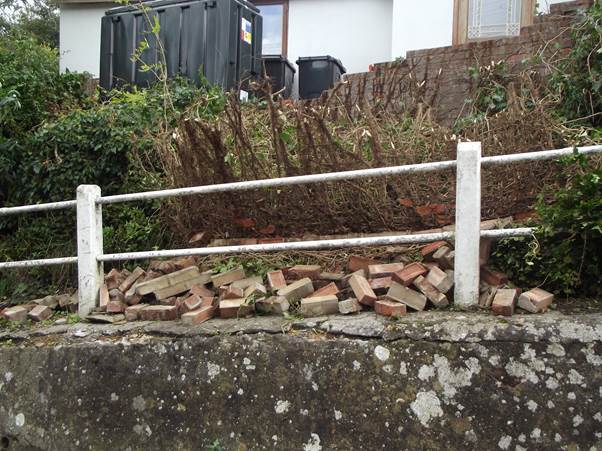 Electricity was off for periods throughout the day. We suspect the engineers have had a very tough day dealing with huge numbers of power cuts.