Our curator does enjoy it when he gets requests for help or information. He looks upon it as a chance to increase his own knowledge.

A recent enquiry concerned members of the Legg family who lived in Market Lavington in the 18th and 19th centuries. The request, in particular, was about Elizabeth Legg who married John Palmer, clerk, of Calne at Market Lavington church on 13th October 1797. He became Reverend Palmer of Fordington in Dorset.

The Legg who we know about was John, a strange, reclusive character who wrote a treatise on bird migration which we have featured before on this blog. (Click here). John was the brother of Elizabeth and we knew the whereabouts of his memorial stone for it is walked over by all people who visit Market Lavington Church. It is inside the church and is dark and gloomy and hard to photograph and well-worn by close on a couple of hundred years of feet walking over it.

Early morning sun on 11th January saw our curator at the church with the doors flung open so that a bright sky could illuminate the grave. 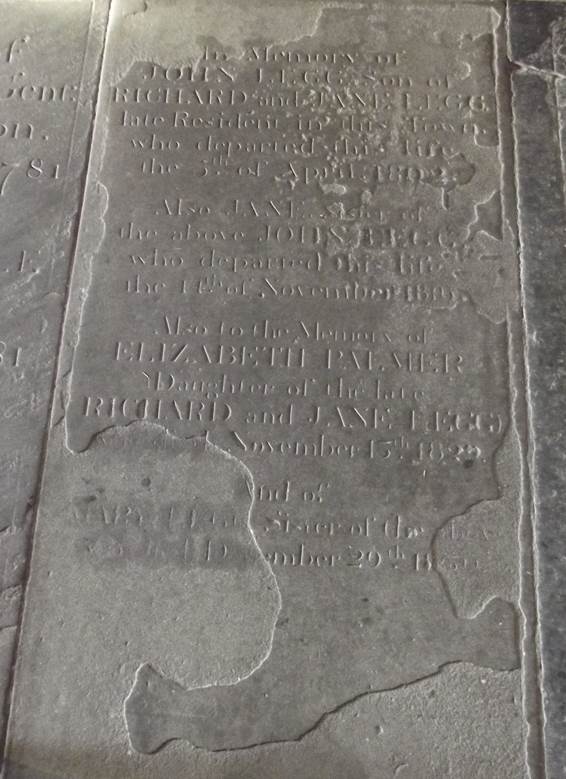 The same stone mentions Elizabeth Palmer – perfect for our correspondent. He had told us that Elizabeth had left £100 in her will for a ‘handsome monument’ to the memory of herself, her brother John and her sisters Mary and Jane. This monument is high on the chancel wall. 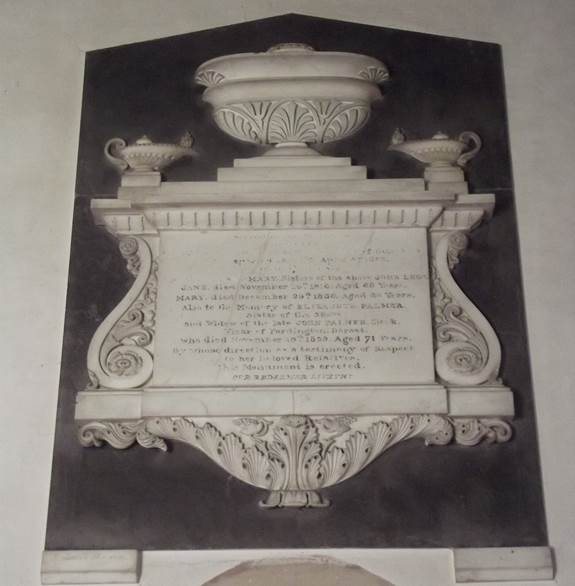 It is certainly ‘handsome’ 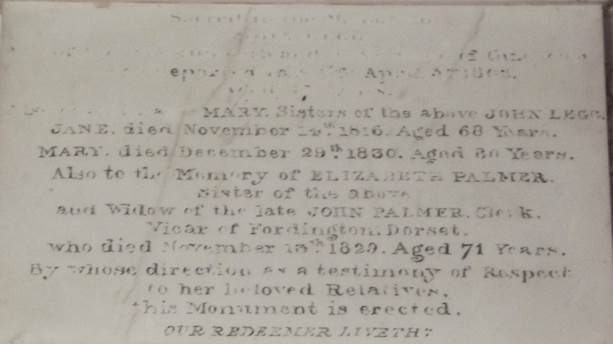 Sadly, the writing at the top has faded and at present is unreadable.

However, it is clear that Elizabeth saw no need to commemorate her oldest brother, Richard. We have a copy of the will of the father of this family, also Richard and certainly the younger Richard seems to do well in this.

This younger Richard’s daughter, another Elizabeth is commemorated on the Fowle memorial which is just outside the museum gate. 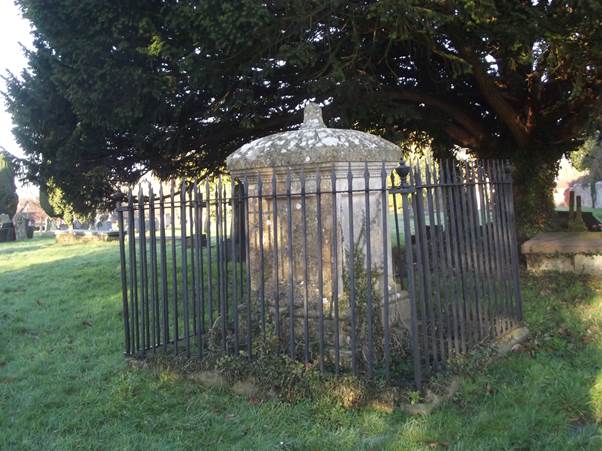 The Legg family were clearly in the gentry class. We know very little about them. Maybe we’ll learn more now.