Today we look at metal detector finds by Norman – part of the group recently donated to us. These are Lavington Loyal Volunteer buttons. 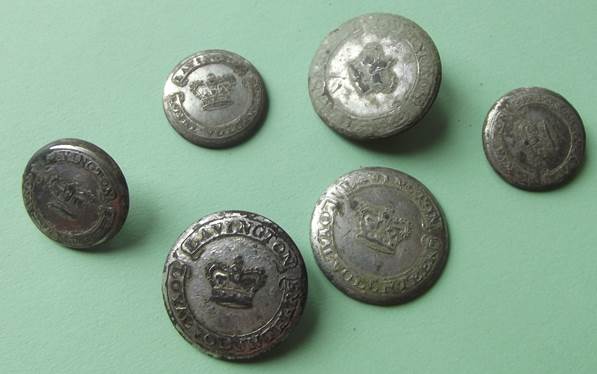 There are half a dozen of these buttons in two different sizes but each carries the same information on the front. 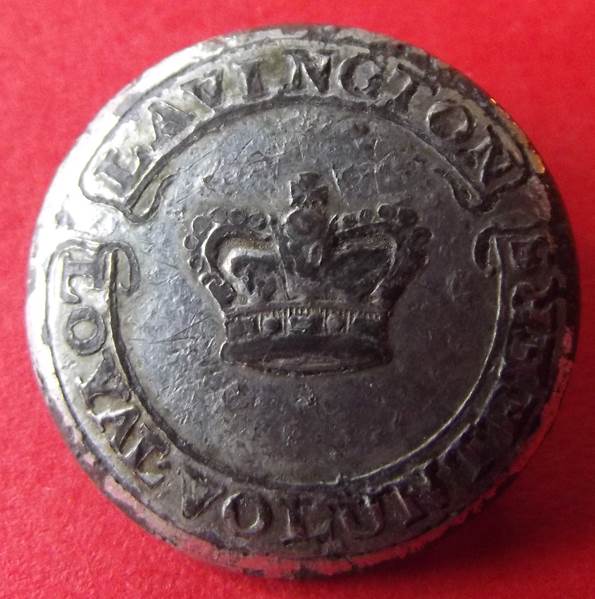 The buttons have a royal crown in the centre and the legend ‘Lavington Loyal Volunteers’ around the edge.

The Loyal Volunteers were, in effect, the Territorial Army of their day. The members were men who were ready and willing to fight for their country should the need arise. They met regularly and practised their rifle skills with regular competitions. Many local men of all classes of society were members.

The history of volunteering certainly goes back into the 18th century but it was in the early years of the 19th, when Britain felt under threat from Napoleon’s French forces that things really took off. We believe these buttons, all found in Market Lavington, date from that Napoleonic era.

Officially, Loyal Volunteers were disbanded after the threat of invasion had gone, in 1816, but certainly a local group was known as ‘The Loyal Volunteers’ until at least World War One