Children from St Barnabas School, under the watchful eye of Dave Thom who was town crier for the day, processed from The Market Place to the site for the event which was on Grove Farm, roughly where the Community Hall now stands. 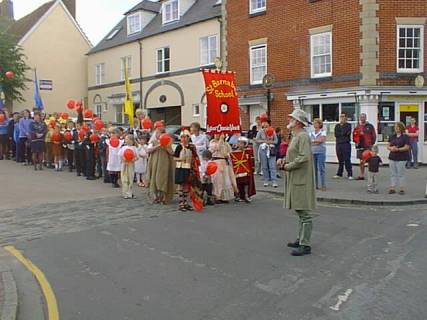 At Grove Farm there was a chance to do some drumming 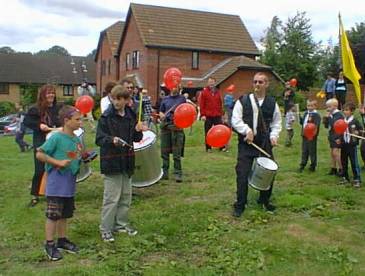 and to see craft demonstrations. 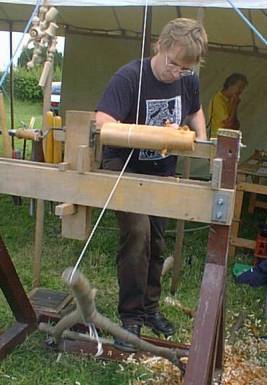 The parish council were represented

A photo was taken from the church tower which showed all those people who were there.

There we see the photographer up on the church tower, signing his readiness to snap the shutter.

And for many people in the village, that photo remained unseen, but now it can be viewed for a copy of it, measuring some 75 by 50 cm has just been given to the museum. 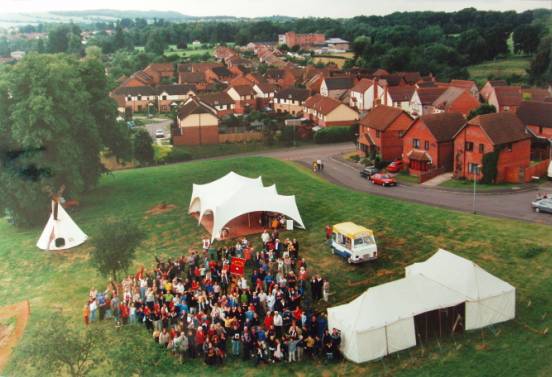 It is a big photo so individual people can easily be recognised. 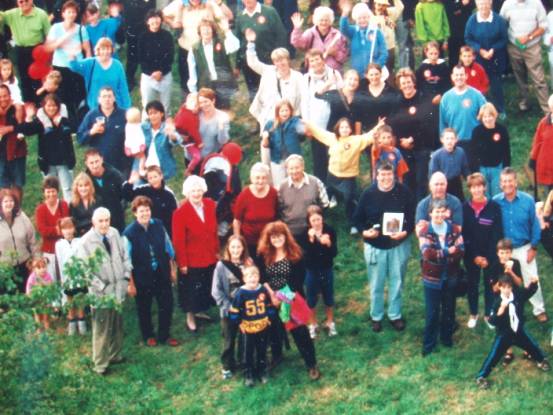 A little bit of the millennium photo. How many people can you recognise?

That little bit of the photo has been chosen because Peggy and Tom Gye occupy the middle of it. Peggy, of course, was our museum founder.

If you were there, do visit the museum to see yourself and remember a day that, amazing though it seems to some of us, was 11 years ago.