We met this gentleman yesterday in connection with a letter he wrote regarding a family emigrating from Market Lavington to Australia. With the name drawn to our attention, let’s find out some more starting with the list of vicars just inside the church. 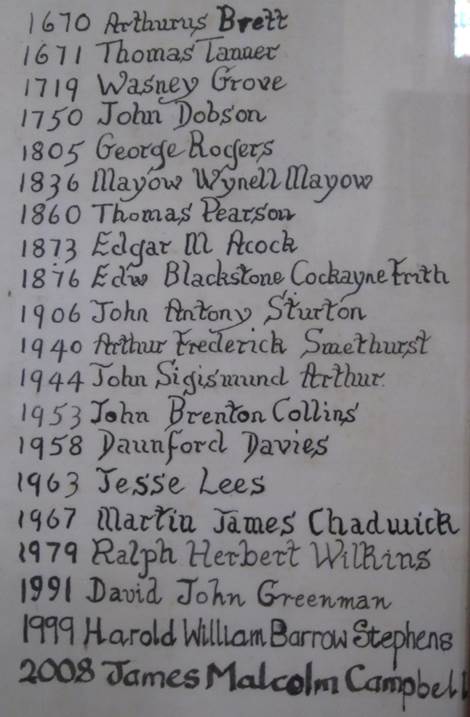 The most recent Vicars at Market Lavington. The list is in the church.

In seeking information we come up with that regular snag. The 1841 census for Market Lavington has not survived. However, we have a copy of the tithe apportionment which was drawn up in 1840 and we can find Mayow listed on that.

A section of the 1840 tithe apportionment document

From this we see that our Mayow occupied the church and yard himself, along with the Vicarage house and garden, a barn and yard and the Vicarage meadow as well as an area called The Brow. Other parts of his glebe lands had tenants in occupation.

Now the numbers refer to an area shown on a map. We do not have a map at the museum, but we have photographed the one at the Wiltshire and Swindon History Centre in Chippenham. 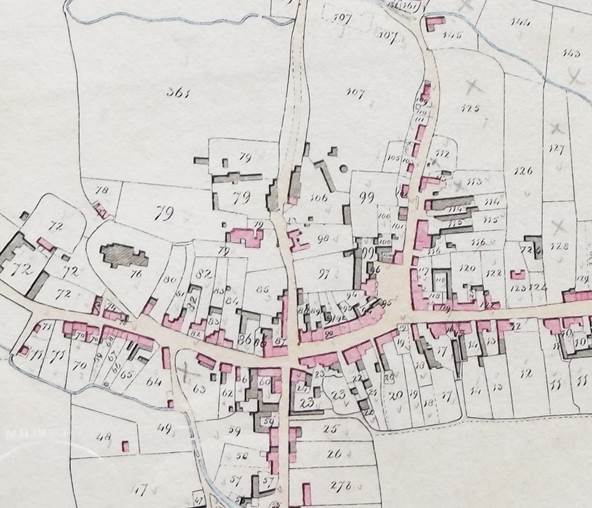 The centre of Market Lavington on the 1840 tithe map

This part of what is a huge map shows the centre of Market Lavington. Plot 76, the church and yard is easily found for the church is a large building shaded in grey. The Vicarage shown (number 123) is now a part of the Nursing Home and is near the right hand end of this piece of map. It has plot 124, the barn and yard next to it and the Vicarage meadow (126) behind it stretching away to the Northbrook Stream. The Brow is an area behind that, rising up onto the sandstone slope above the Northbrook.

So from the 1840s we know where Mayow Wynell Mayow lived but we know nothing about him or his family.

Fortunately, there is an 1851 census. This shows Mayow as Vicar of Market (or East) Lavington. He had been born in London in about 1811 and had married, locally, Caroline Kate Smith who had been born around 1825 in Oxfordshire. The couple married in 1846. By 1851 they had three children, Elizabeth Ursula was three, Philip Stafford was two and the young Mayow Wynell was one.

The Reverend Mayow left Market Lavington. In 1861 there were three more children, all born in Market Lavington, but the family were in Kensington. In 1871 four children were at home, which was now Brighton, although Mayow was rector of South Heighton and Tarring Neville – both near Newhaven in Sussex.

In 1881 the family had moved to Halstead in Kent. Mayow, now about 70 was still the rector in that Kent village.

Interestingly, Caroline who seemed to drop off the radar can be found in Rowde near Devizes in 1911. The actual address is Braeside, Devizes. Her widowed daughter, Market Lavington born Elizabeth Ursula is with her.