Time was, and not so long ago, that Market Lavington had four pubs. At the time of writing it still has two and one of them is up for sale.

Today we look at a newspaper ad for the old Volunteer Arms which closed in the 1980s. The advert dates from 1981 and was published in the Wiltshire Gazette. 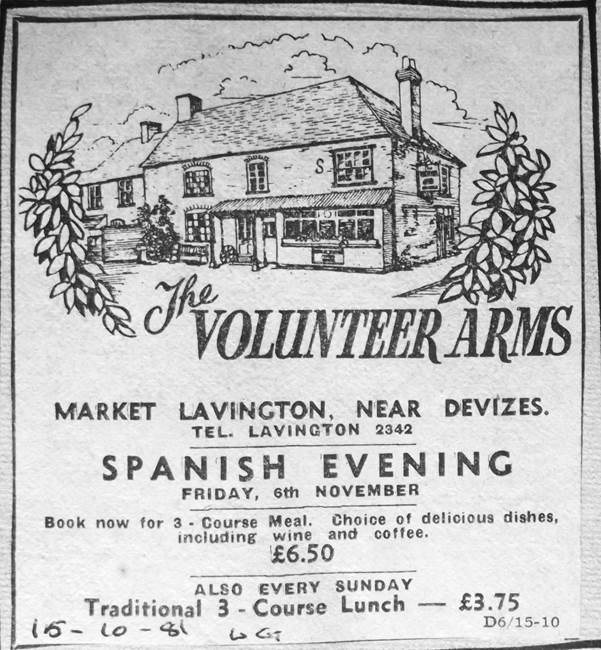 1981 newspaper ad for the Volunteer Arms in Market Lavington

Aah! Memories of past times! Lavington still had its own telephone exchange and we all had easy to remember four digit phone numbers in those days. And memories of a time when you could buy a three course Sunday lunch for just £3.75.

Pubs always need to look for fresh ways to encourage people in and here the pub, often just called the ‘Volley’ have hit on the idea of a Spanish evening. This was the era of package tours to the Spanish Costas.

The ad has a nice little sketch of the pub – rather nice as this was not a well photographed view.