The letter we look at today was sent to Holloway Brothers of West Lavington. It was sent by a trade union and concerns expected rates of pay in 1920. 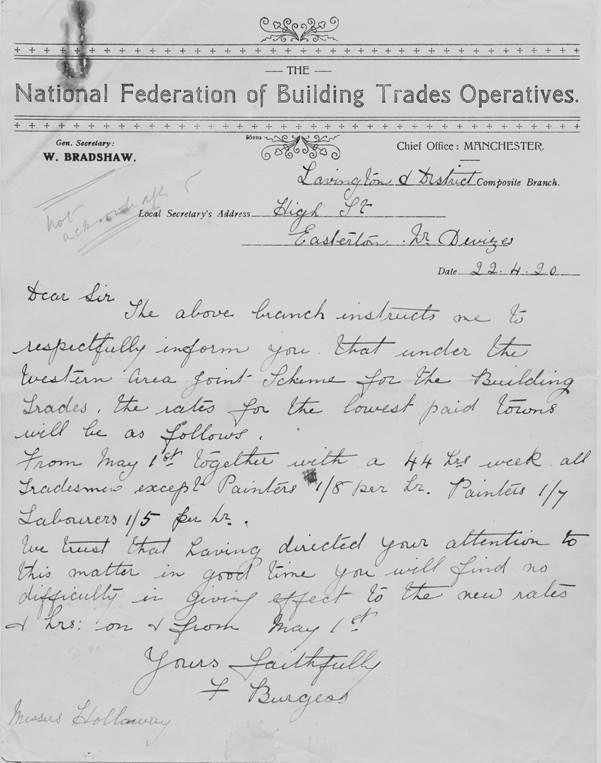 The letter was sent by Mr F Burgess of Easterton on behalf of the Lavington Composite Branch of the National Federation of Building Trades Operatives. It appears to be stating that rates of pay should be 1/8 per hour for skilled workers with painters to get 1/7 and labourers 1/5. In present money that’s between about 7p up to slightly more than 8p per hour. Also the working week should be 44 hours.

Fred Burgess was born in about 1884 in Market Lavington. His father, George, was a shepherd or farm labourer. By 1901 Fred was a building labourer. In 1908 he married Edith Price and the couple settled in Easterton. In 1911 Fred called himself a carpenter.

We do not think the couple were blessed with children which may have given Fred time to get involved with his union.

We wonder if our builders actually got what they wanted. The employers seemed to favour slightly lower rates of pay and a 50 hour week.