Yesterday we looked at the re-creation of the 1915 Red Cross Market in the village.

The market finished and crowds went to the official unveiling of the First World War Remember Stone situated on The Green, just outside the church. And that’s what this blog post is about.

The event started with the delightful youngsters from St Barnabas School performing some Maypole dances. 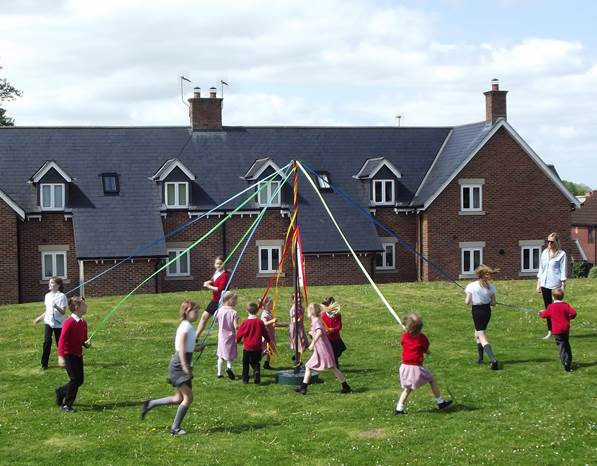 We were lucky with our weather and members of the audience could sit and lounge on the grassy slopes. 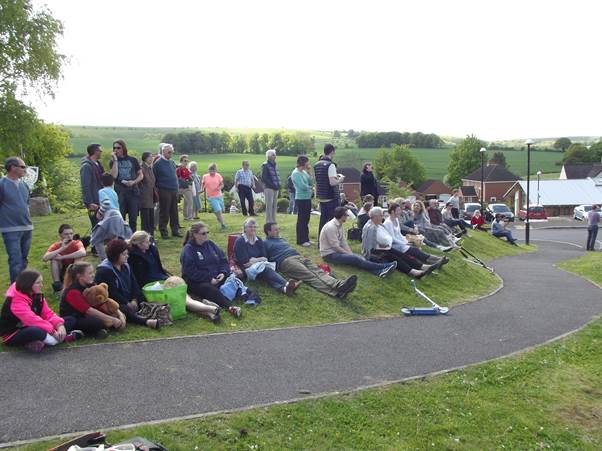 The action then turned to the stone which had very largely been thought of and acquired and got to the site by villager Mike. The stone was suitably draped in the union flag weighted down by members of the 1st World War Commemoration Committee. 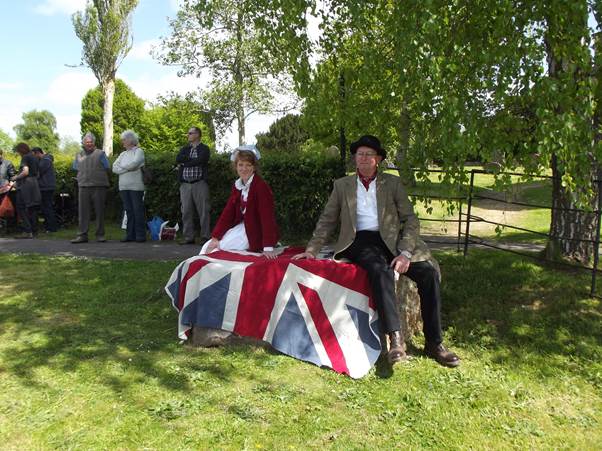 It is intended to be, not just an ornament and simple memorial, but also a seat commanding a fine view over the vale to Salisbury Plain.

Frank, the chairman of the group arrived and by now the official unveilers had taken seats on the stone. 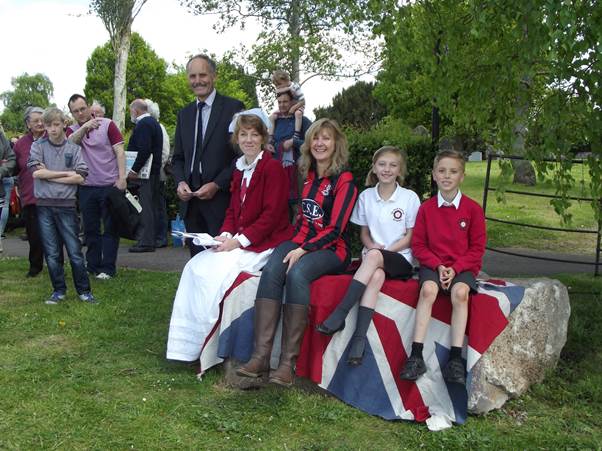 Frank delivered a brief speech in which he explained why and how the stone had been organised. 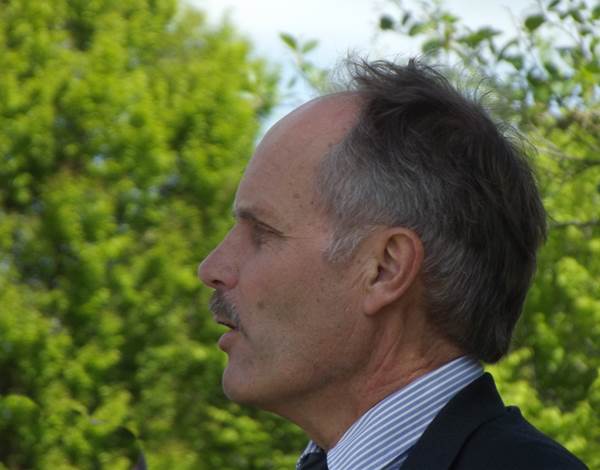 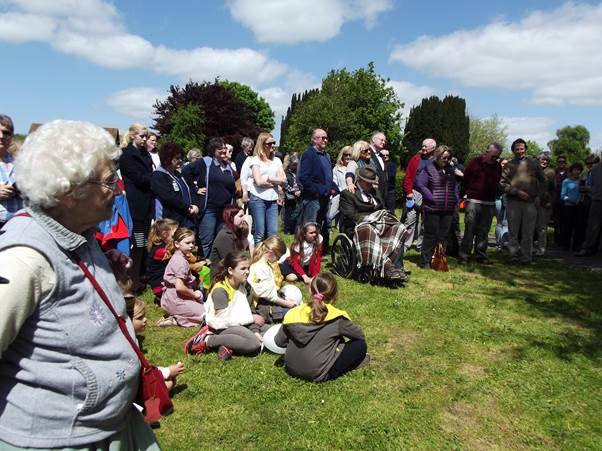 The crowd looked and listened attentively. 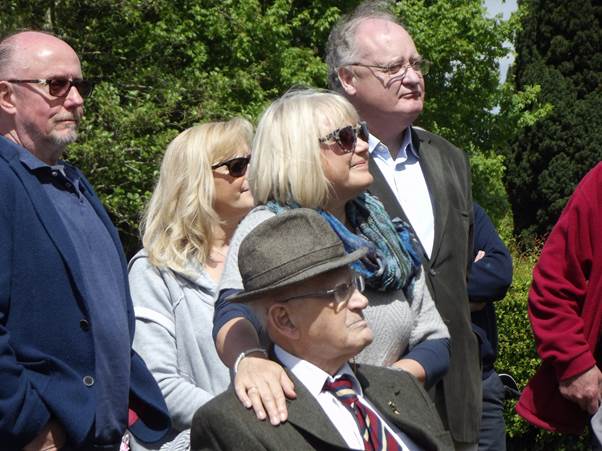 Then came the moment of unveiling which was done by Emma Cheetham who was voted the Community Minded Person of the Year for this year assisted by Taylor and Finlay Kiddle whose Great Great Great Uncle James had been killed in the 1914-18 War. 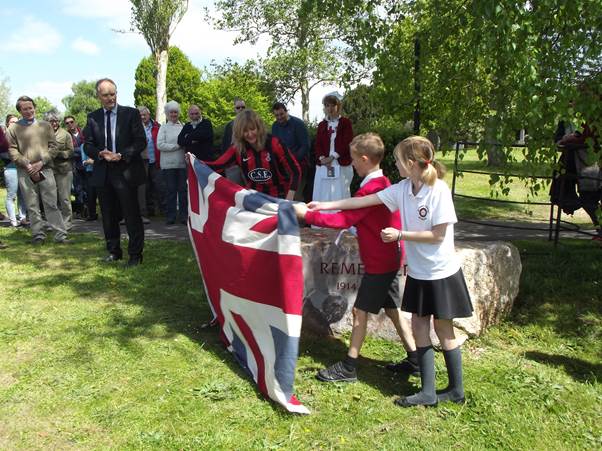 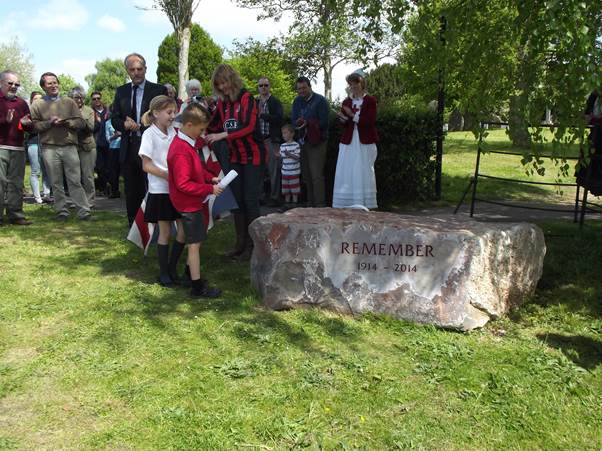 Then our Rector, James Campbell, added a few well chosen words before people made their way into the church to see the Wiltshire at War exhibition. 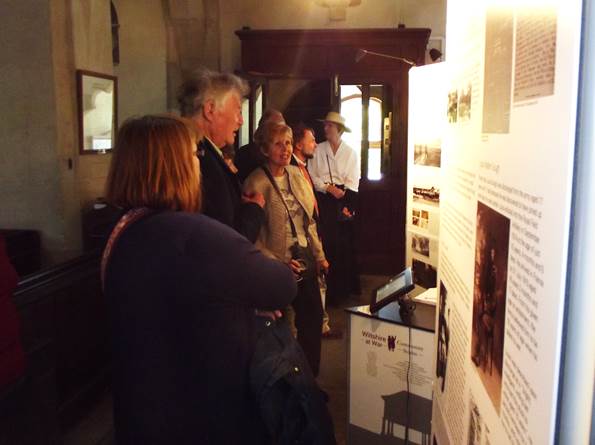 Many people felt that this day, May 16th 2015, was history in the making in Market Lavington. The remember stone should last for hundreds of years and serve as a lasting reminder of the sacrifices made in that Great War, 100 years ago.