Let’s take an opportunity to remind people that the road name ‘White Street’ causes much confusion in the area. Before the days of surfaced roads, any road running up onto the chalk downs would have been white in colour. As each village had such a road, they all got called White Street. Easterton has its White Street. So, too, does West Lavington but this one is in Market Lavington. 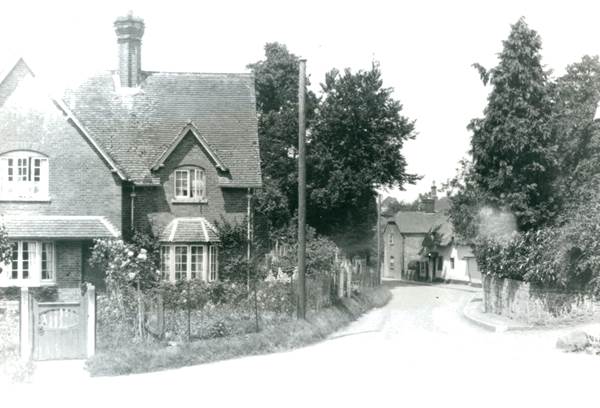 White Street, Market Lavington in about 1960

The year is about 1960. We know it is no later than that because the owner of one house replaced the thatch with tiles in the very early 1960s. 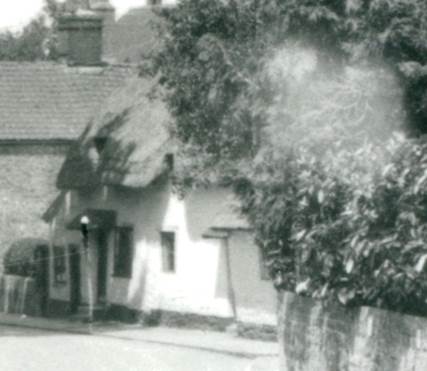 We can see the thatch was still in place when this photo was taken. This thatched cottage is more or less opposite Broadwell. At that time the small area of woodland still stood between the water and the road. That’s where the young children’s play area is now.

The view is looking down from the start of Lavington Hill. We are looking straight at one of a pair of dwellings which were known as Knapp Farm Cottages.

The recorded information tells us that the photographer was standing at the junctions of White Street and New Street. These days we’d be inclined to say that New Street (AKA The Muddle) gets nowhere near here. This little street starts opposite The Rectory on Church Street and turns into a footpath alongside the stream that flows out of Broadwell before becoming more like a road again across the little footbridge by Broadwell.

This is quite a charming picture, albeit devoid of any people to add interest to the scene.