Who are the Pierrots?

Pierrots originated in France. Indeed the name really means little Peter. But the sad character, pining for love of Columbine (who of course goes off with Harlequin) became pretty well an internationally known character.

This leads us to a recent gift to our wonderful museum. It is a postcard featuring a Pierrot troupe. 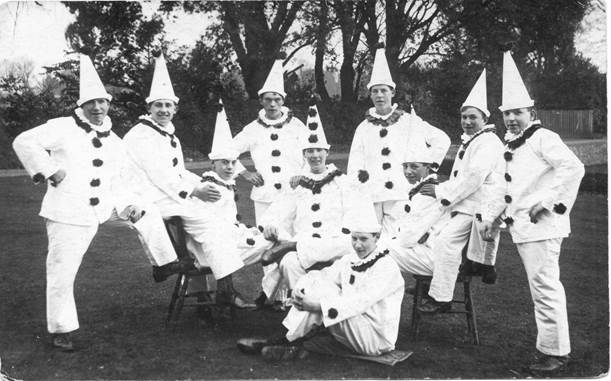 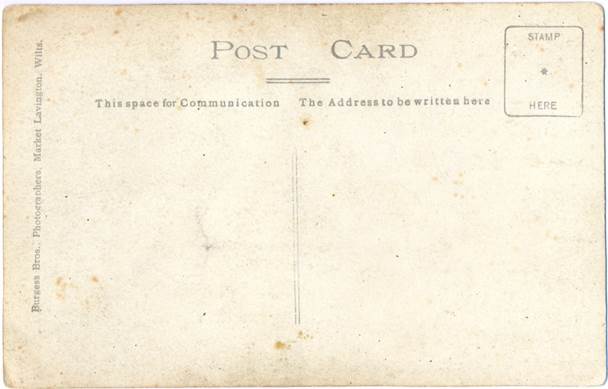 The back of the Pierrot card

Sadly, there isn’t much information there. The card has not been posted so has no post mark with a date. There’s no suggestion as to what stamp should be used. But there is a publisher’s name.

The card was produced by Burgess Brothers of Market Lavington Wilts. This gives us about a thirty year range starting in 1918.

But over to you, the readers. The card clearly has local provenance, but do you remember this troupe anywhere in the area? Or just maybe you were a member of it? Were they locals having carnival fun or was it even a visiting set of professional people? We really would like to know who, when and where.

Do, please, get in touch if you can help.